We use cookies to analyse how visitors use our website and to help us provide the best possible experience for users. By continuing to use our site, we will take that as your consent to allow us to use cookies. However, you can disable cookies at any time if you wish.
07900 894725
[email protected]
Find me on social media:
Facebook
Linkedin
LOGIN 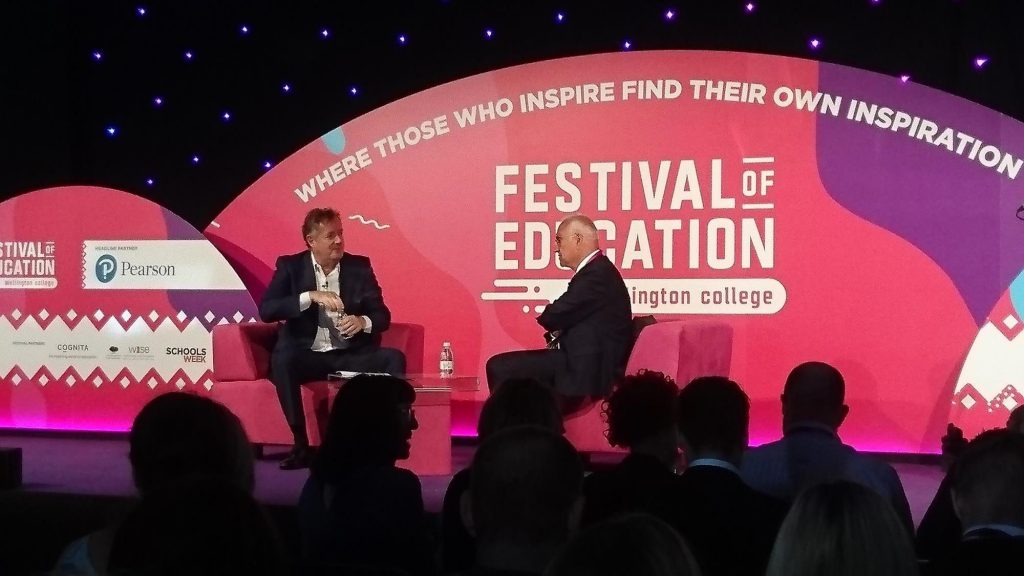 In its ninth year I finally managed to attend the Education Festival at Wellington College this June. I had no idea what to expect but was looking forward to spending the two days, learning new things and meeting like minded people.

On arrival at the college, you realise, you are entering another world. The college is impressive and its hosts warm and welcoming. Everything was well organised and easy to find, and the sun was shining.

Onto the Festival. The schedule was jam packed, with so much on offer tough decisions had to be made on what to attend. We were welcomed to the Festival by Julian Thomas, Master of Wellington College.

Next on my list was Piers Morgan interviewing Sir Michael Wilshaw. It was a lively debate and although I expected the interview to be controversial I have to say I agreed with everything Sir Michael said. He is against Grammar schools; believes our education system is mediocre at best; we don’t pay our teachers enough and some parents don’t value education for their children. He stressed that many inner-city schools with high migrant populations are doing better because the parents value education and push their children to do well.  He also said that he’d like to see the Educational Festival run at an inner-city school to make it more accessible to state funded schools. I agree but I’m not sure how easy it would be to get all the speakers to attend a state school. This article summarises the interview well: https://schoolsweek.co.uk/not-all-teachers-do-their-best-and-7-other-things-sir-michael-wilshaw-said-at-the-festival-of-eduation/

I then attended a lecture titled “what does every teacher need to know about Psychology” full of excitement and anticipation. I was disappointed and annoyed in equal measures. They were suggesting that mindfulness and positive thinking is just a passing phase and not based on any scientific evidence. Completely bypassed perseverance and GRIT as just trending buzz words and to be honest used words I hadn’t even heard of before. Lesson to me, not to attend a session where someone is selling their latest book! 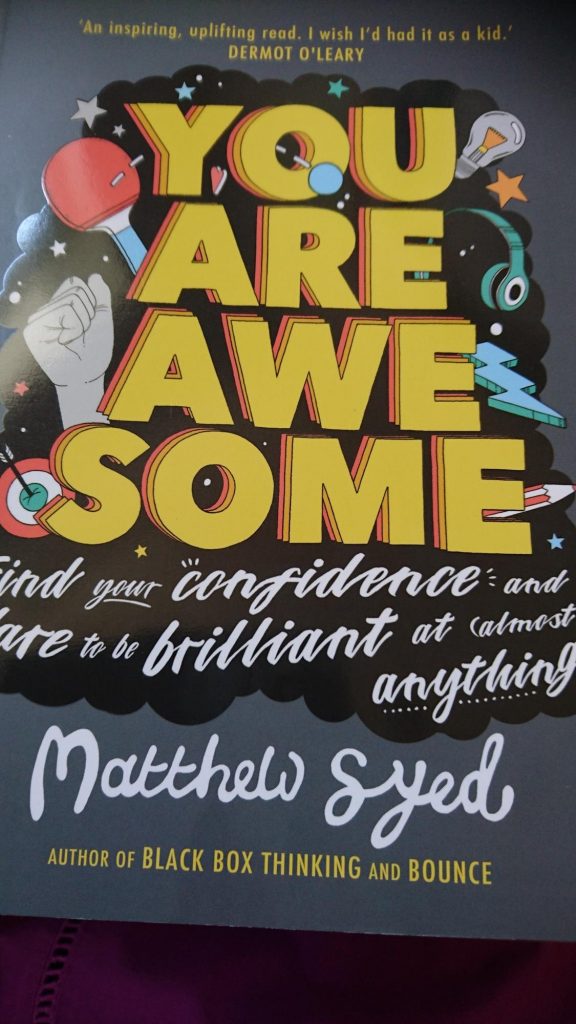 After a great lunch in the sunshine it was on to my next speaker, Matthew Syed, “You are Awesome”. New lesson to me, not everyone selling their latest book is full of ego. Matthew Syed gave fitting examples of growth mindsets and how to use them. His new book is targeted at young teenagers and is about building confidence and daring to believe you can succeed. He encouraged us to embrace failure and learn from it. “there’s no such thing as failure, just feedback”.

Following on from Matthew Syed it was “Reaching for the Stars, Stem for All” by Dr Maggie-Pocock MBE, Space Scientist. I nearly didn’t go to this one but so glad I did. I personally had no interest in space science at the beginning, but by the end I wanted to retrain as one. However, one message that kept coming through is GRIT and perseverance. Don’t take no for an answer and believe you can achieve. Another amazingly inspirational talk.

To end day one we had Amanda Spielman, Chief Inspector, Ofsted and as much as I didn’t want to like her she made sense. She talked about good leadership makes a good school and exam results aren’t the only measure of a good school/teacher. She also said that she wanted Ofsted to visit the 300 plus “outstanding” schools that hadn’t had an inspection in 10 years. A lot of what she said will depend on having the funding to do this. She gave the impression that she was in touch with our current system and wanted to help raise standards and support our teachers. She appeared to be well received by the audience.

I went home with my head full of innovative ideas and inspired to help my students even more and reassured that many people share my passion for helping our young people achieve their very best.

January 31, 2018
PrevPreviousStress and Anxiety during Exam Season
NextEducation Festival 2018 Part 2Next
Don’t struggle on, wondering why everything feels so overwhelming
Help is just an email or phone call away